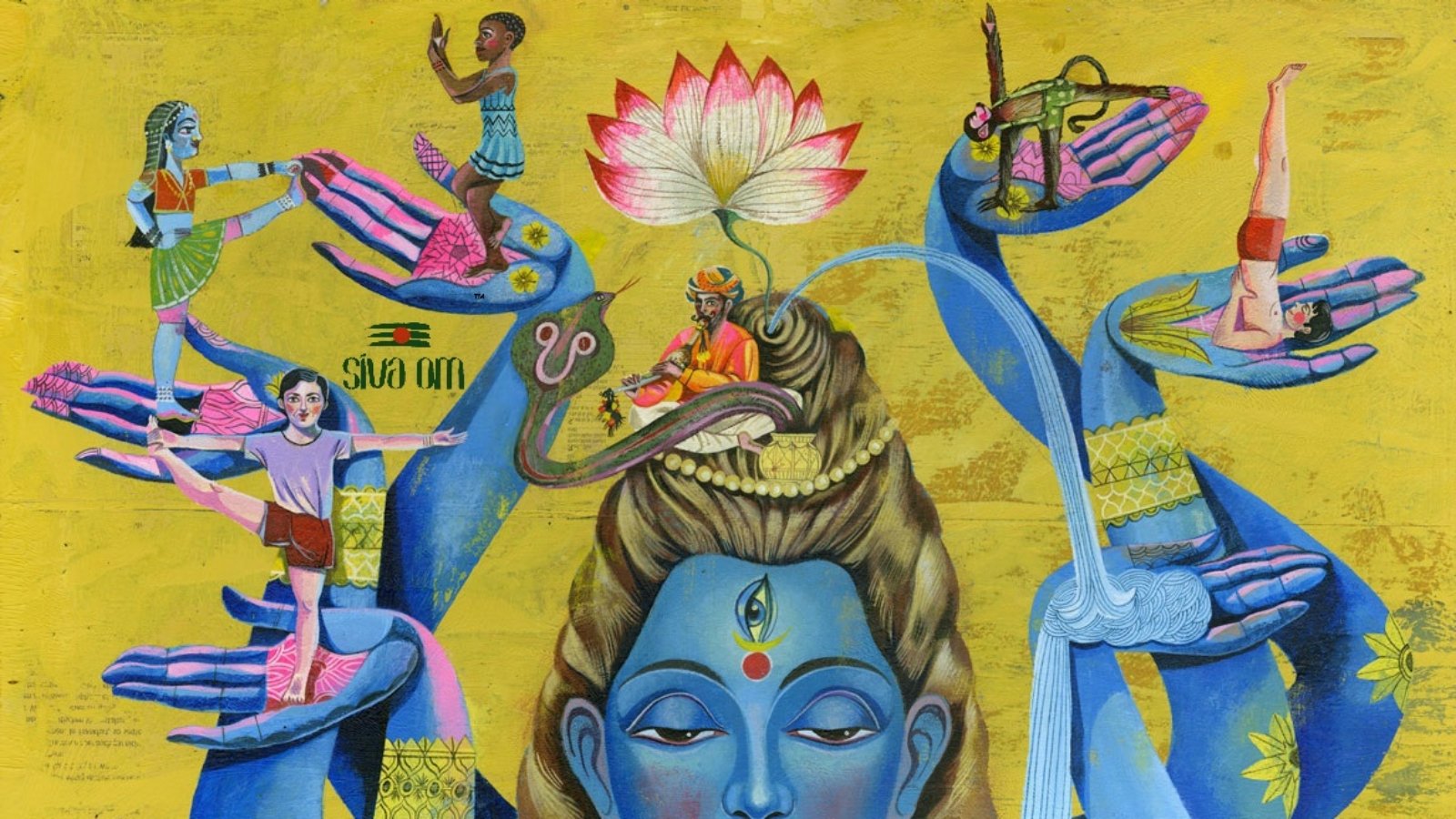 Shiv is a God of many, associated with the creative energy of the universe and at the same time with its destruction. “One in whom the universe sleeps after destruction and before the next cycle of creation’. All that is created must one day disintegrate, this disintegration is a return to the formless void from which creation may once again spring forth. Shiv is the dynamic power behind this endless cycle of birth, death and rebirth.

He is the master of Tantra and yoga, an esoteric science, and also the Lord of ascetics, renunciates and yogis. He is the god of the battlefield, the cremation grounds, and inauspicious crossroads, and he is accompanied by demons, ghosts, and evil spirits. Often furious deity, Shiv is also the exponent of the arts and the creator of dance. Shiva represents the destructive aspect of Brahman. That portion of Brahman that is enveloped by Tamo-Guna-Pradhana Maya is Shiv who is the all-pervading Ishvara and who also dwells in kailash. He is the store-house for wisdom. Shiv minus Parvati or Kali or Durga is Nirguna Brahman Himself. With Maya-Parvati He becomes the Saguna Brahman for the purpose of pious devotion of His devotees.

Bhagvan Shiv ji besides being the god to whom other gods pray to is also seen as the first yogi or ādiyogi and the first guru or ādiguru. Many thousand years ago, on the banks of lake Kantisarovar in the Himalayas, ādiyogi poured his profound knowledge into the legendary saptrishis also known as cosmic saptarishis or “seven sages”. These sages carried this powerful message of Yoga to different parts of the world including Asia, the Middle East, Africa and North and South America.

As time passed by, many yugas came and passed by, knowledge diluted and in some cases was lost. Evenually Bhagvan Krishna came and gave a perfected translation in his sermon to arjun which was narrated by Sanjay to Bhagvan Ved Vyas and passed to us in the form of the holy Shrimad Bhagvad Gita which explains every deep aspect of oga holistically, therefore Bhagvan Krishna came to be known as Yogeshwar.