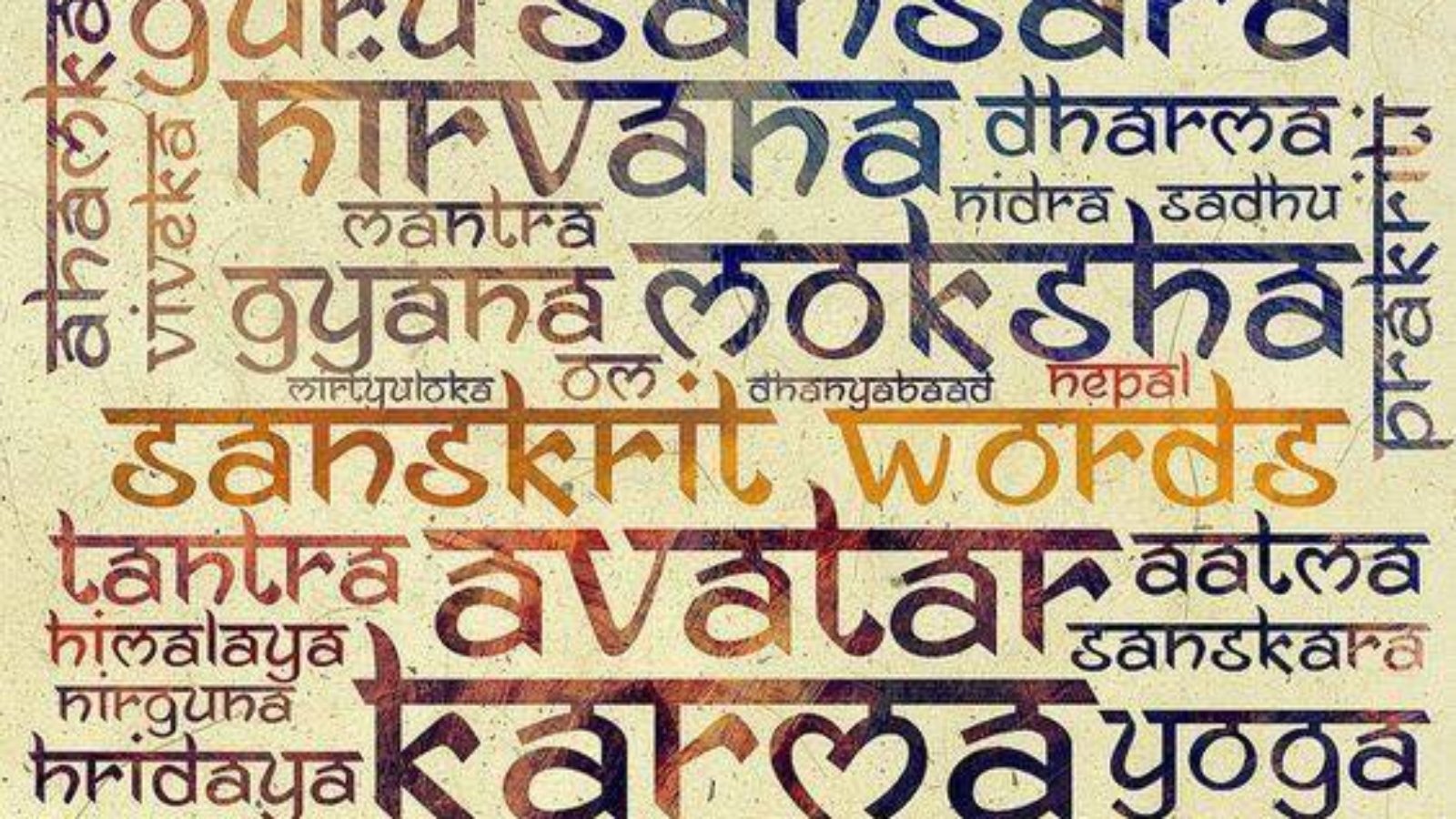 If you go to India or talk to a native Hindu, none of them say yoga, they call it yog, they don’t say shloka but a shlok, they neither call the almighty god shiv but shiv, so then words like yoga – shloka – karma – shiva – Hatha – sutra – Ayurveda – nirvana – dharma – Why do Hindi or Sanskrit words get an extra ‘a’ when translated to English?

It’s because most Westerners know these names through Sanskrit, which usually pronounces the final – a or ah sound at the end. Hindi (in addition to numerous other modern Indian languages descended from Sanskrit) underwent a process in which unstressed short -a- was dropped, particularly when it wouldn’t create too awkward a consonant cluster.

Every word has meaning. In India, we have the tradition of consulting astrology and numerology during a formal ceremony to name a child. It is believed that the child will imbibe the same qualities he is named after. As soon as a word is uttered, it is believed to manifest with a full meaning. The word ‘yog’ is derived from the Sanskrit root ‘yuj’, meaning ‘to join’ or ‘to unite’; joining means to connect with one’s true nature or in the sense of practicing, to unite with god.

Our mind mostly associates with worldly delusions, but yog teaches us to connect with God. It helps the mind to associate with the Self. As soon as we become involved with the soul, we gain wisdom. The word yog is synonymous with liberation. The word is completely in sync with Indic philosophy and culture. If Indian culture is a flower, then yog is its fragrance. Yog teaches us to live a healthy, joyful and loving life.

Yog improves the functioning of the respiratory, circulatory, digestive, and hormonal systems. It also brings about emotional stability and clarity of thought. Unfortunately, many people in India and the West — though they understand the health benefits of yoga asanas — have failed to understand the spiritual dimensions of yog. They think that yog means only a set of asanas, and therefore, call it yoga. For them, both words mean the same.

Yog includes physical, psychological, and spiritual practices. Yoga is part of yog. It’s like saying ‘Ram’instead of ‘Rama’; or ‘Krishn’ instead of ‘Krishna’. To bring out the essence, one has to use the correct word. Most people don’t see beyond the human body so they do asanas just to tone up their body and make it flexible. Therefore, they make little headway in absorbing the spiritual benefits of yog. Focus on the subtler aspects of yog and see how this Indic spiritual philosophy changes your vision.