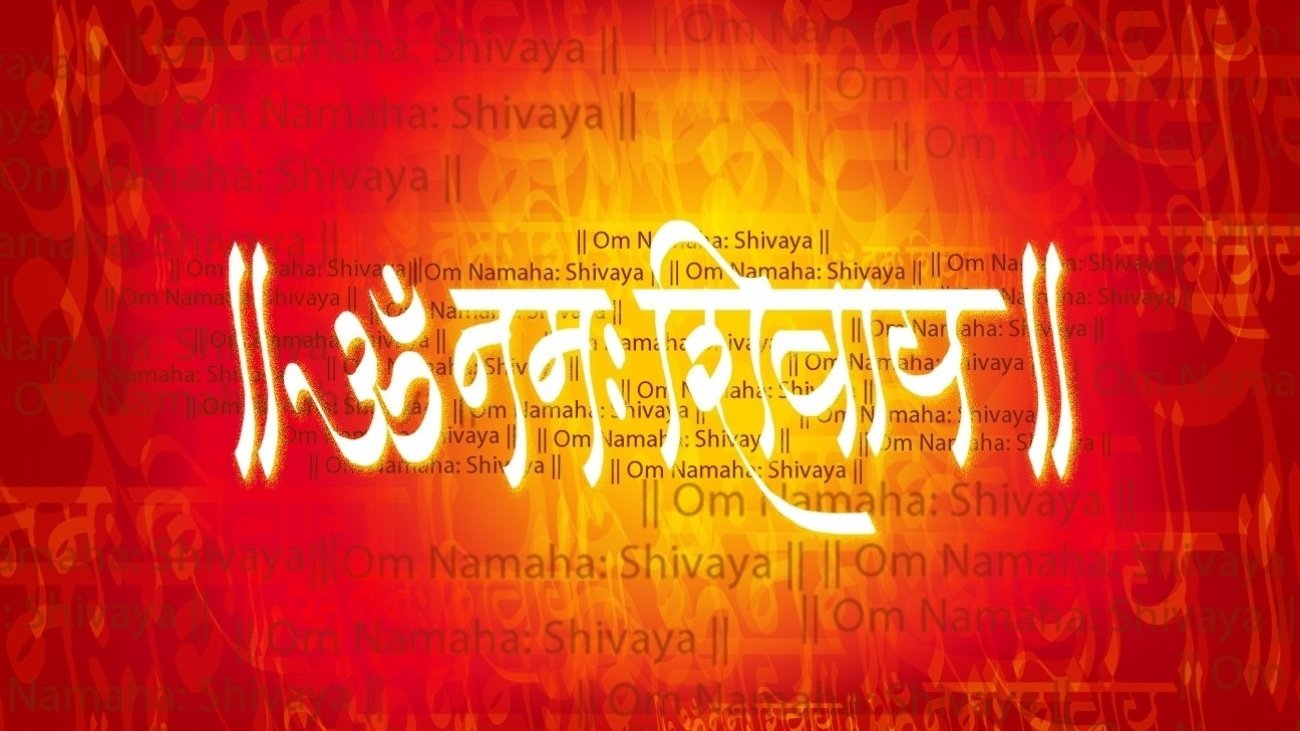 Its translation is “salutations (namas) to Shiv”, preceded by the mystical syllable “Om”. The syllable “ya” at the end of the mantra denotes an offering. Thus the mantra Om Namah Shivay actually means “I offer to Shiv a respectful invocation of His Name”, and not merely “I respectfully invoke His Name”. Om Namah Shivay mantra is sung by devotees in prayers and recited by yogis in meditation. It is associated with qualities of prayer, divine-love, grace, truth, and blissfulness. Om Namah Shivay is a mantra found in the Yajur Veda hymn – Sri Rudram and is regarded as a Maha Mantra from the first chant, that is it does not need to be chanted 1,080,000 times for it to come alive unlike other mantras.

Traditionally, it is accepted to be a powerful healing mantra beneficial for all physical and mental ailments. Soulful recitation of this mantra brings peace to the heart and joy to the [Ātman] or Soul. Sages consider that the recitation of these syllables is sound therapy for the body and nectar for the soul [Ātman]. The nature of the mantra is the calling upon the higher self; it is the calling upon Shiv, the destroyer deity, to aid in the death (destruction of ego) and rebirth achieved during meditation. This goes generally for mantras and chants to different gods, which are different aspects of the higher self.