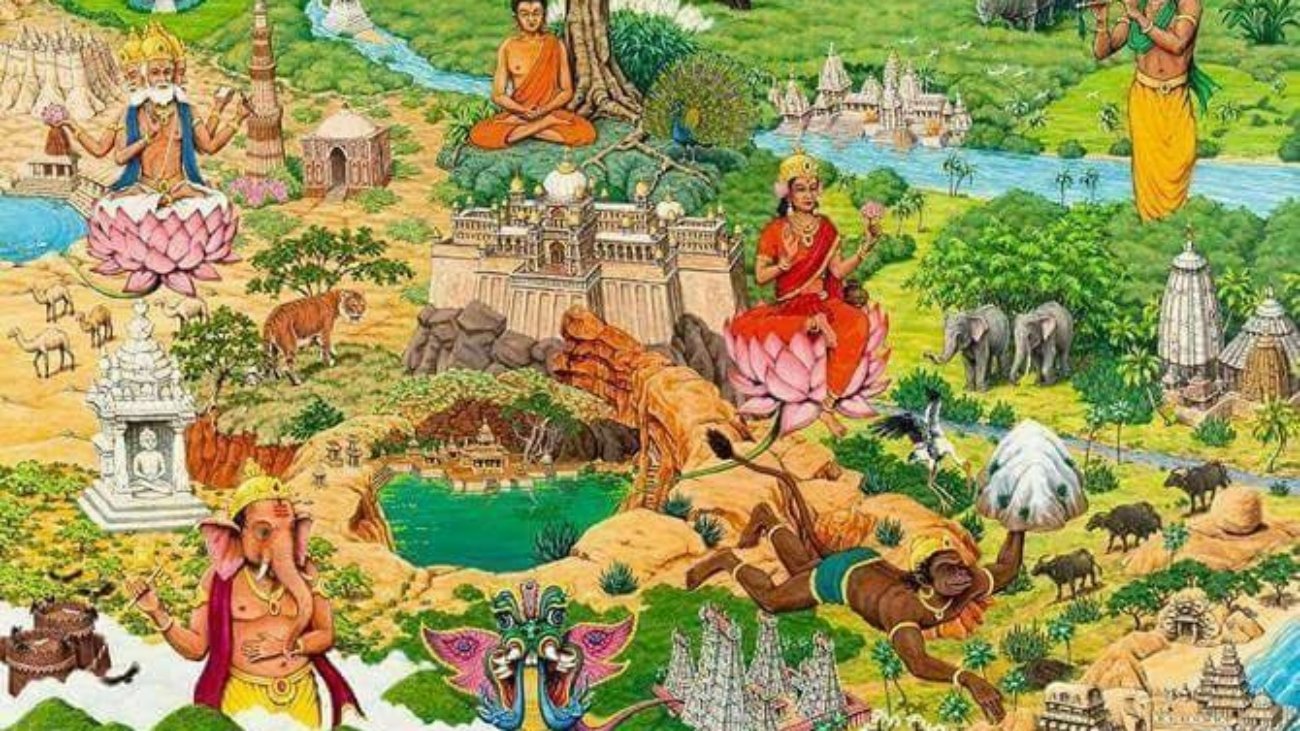 Indian Culture is called Dev Sanskriti (divine culture). Its significance lies in the values, traditions and subjective practices carried out in the realms of soul-spirit by Indian seers and savants, whose conscious practice in daily life enables a person to naturally manifest in his life divine virtues. These contemplative and energizing practices of sadhana are designed after testing on the touchstone of personal experience, to awaken the indwelling divinity and bring about radical transformations in soul, mind and body of sadhaka.

The saints and sages who formulated and popularized Dev Sanskriti affirm that man is a spiritual being going through a human experience with a view to awakening and rediscovering his forgotten identity as a spark of Spirit. According to this culture, a deity is one in whom the divinity has to be awakened and who became a boon and blessing wherever he lives. Man has the inherent potential to become divine. When his true identity as spirit awakens his inner nature is transformed into a being of light and love although outwardly he conducts himself.

Dev Sanskriti originated and prospered in India. It is an invaluable gift of India to the world. Rich Indian heritage has several gems in its treasure but Dev Sanskriti is the greatest among them. It has been perennial source of inspiration for countless generations of Indians; and with it India has quenched the spiritual thirst of world in the past. India was hence honored with the honored title of “Jagadguru” (teacher of the world) and chakravati (conqueror of the globe). India became immensely wealthy and prosperous in material terms also due to its culture so much that foreign countries called it “the land of gold”. It is a historical fact that the progress of ancient India was due to the adoption of the principles of Divine Culture.