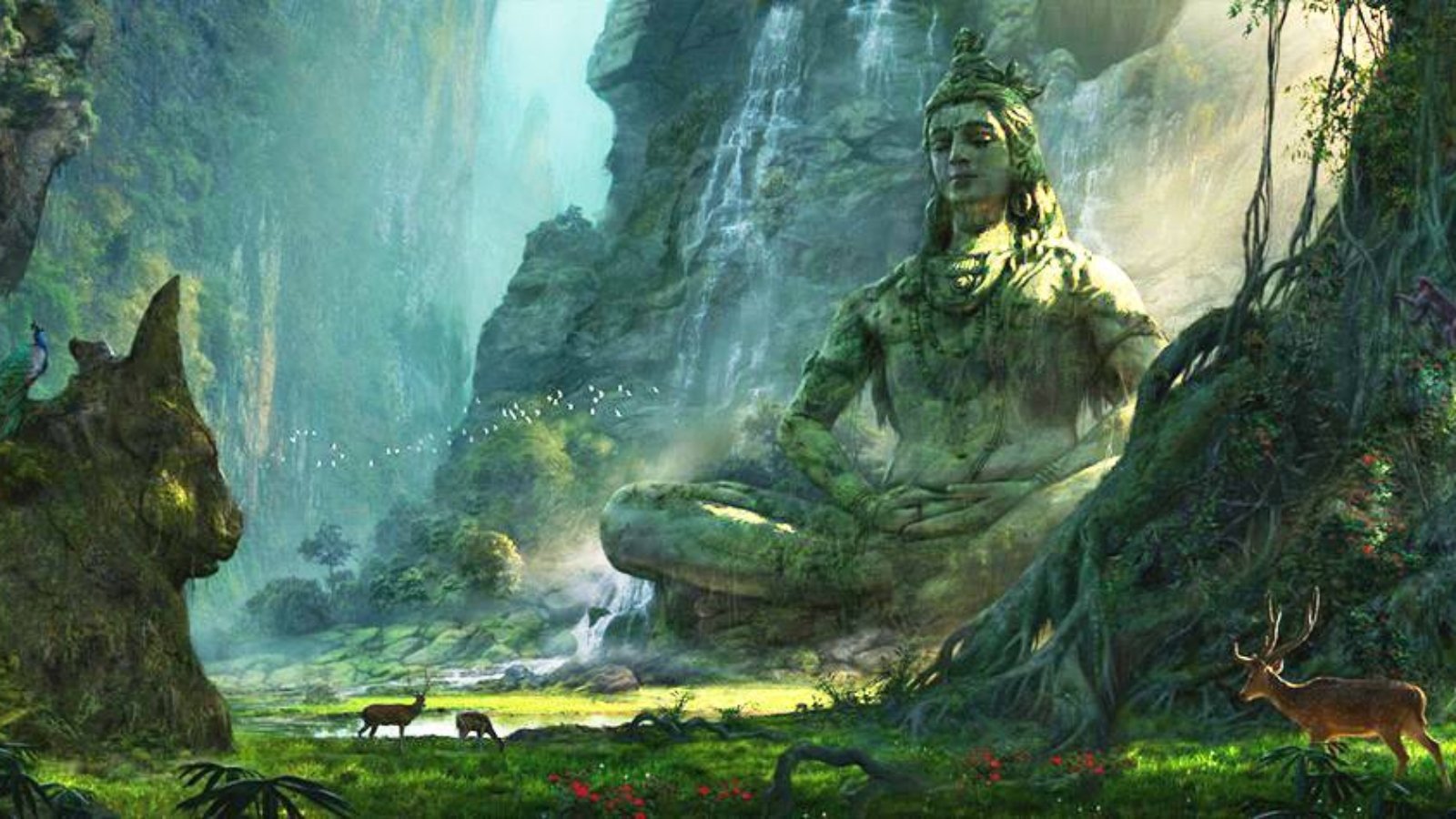 MahaShivratri, it is one of the holiest days for the universe. Maha Shivaratri is a Hindu festival celebrated annually in honour of the god Shiva. There is a Shivaratri in every luni-solar month of the Hindu calendar, on the month’s 13th night /14th day, but once a year in late winter (February/March) and before the arrival of spring, marks Maha Shivaratri which means “the Great Night of Shiva”. It is a major festival in Hinduism, but one that is solemn and marks a remembrance of “overcoming darkness and ignorance” in life and the world. It is observed by remembering Shiva and chanting prayers,Vrat (fasting), doing Yoga and meditating on ethics and virtues such as self-restraint, Satya (honesty), Ahimsa (non injury to others), forgiveness and the discovery of Shiva. The ardent devotees keep awake all night. Others visit one of the Shiva temples or go on pilgrimage to Jyotirlingams. This is an ancient Hindu festival whose origin date is unknown.

Bhagvan Shiv ji besides being the god to whom other gods pray to is also seen as the first yogi or ādiyogi and the first guru or ādiguru. Many thousand years ago, on the banks of lake Kantisarovar in the Himalayas, ādiyogi poured his profound knowledge into the legendary saptrishis also known as cosmic saptarishis or “seven sages”. These sages carried this powerful message of Yoga to different parts of the world including Asia, the Middle East, Africa and North and South America.

As time passed by, many yugas came and passed by, knowledge diluted and in some cases was lost. Evenually Bhagvan Krishna came and gave a perfected translation in his sermon to arjun which was narrated by Sanjay to Bhagvan Ved Vyas and passed to us in the form of the holy Shrimad Bhagvad Gita which explains every deep aspect of oga holistically, therefore Bhagvan Krishna came to be known as Yogeshwar.

We have to fast, no solid foods only water. The ardent devotees keep awake all night. You could also chant OM NAMAH SHIVAY all night with fasting and breaking the fast in the next morning (Tuesday) with fruits and milk or water. Give yourself to Mahadev, your unconditional love to Mahadev and Surrender to the creator and dissolver of this universe and become a part of source.

This is the concept of neti or reduction or elimination. People complaining of back ache are accumulating too much stress in their backs. They do not have any idea of how to free this stress.

Neti is adishankaras favorite buzzword, It means to reduce or eliminate. Not only in terms of diet or intermittent fasting affecting physical body it also defines the mind that can silence the bad thoughts and go towards the pure thought or silence or nothingness or shiva neti neti neti . not this not that., towards the pure truth. Neti means elimination not accumulation. we have to learn what this means in the sadhana. Discover thy self.

The glory of Shiva is beyond the beginning, the middle and the end of time. Since the time of the Vedas, Shiva temples became famous and the delightful glory of Shiva came into existence as “jyotirlingas” (symbols or “marks” of Divine light) and have been worshipped.

The meaning of the entire worship of Shiva and the essence of the Shiva Purana is that in all living and non-living entities, Ishwara is present as the all-pervading spirit in soul form and that the Infinite power of God is One. He is formless and is beyond all forms.

The form of the Shiva lingam is the light of millions of suns in a natural state. Since time immemorial, both in India and around the world, the worship of Shiva has been performed.

The Indian sages spent years in the forest doing severe austerities to increase their knowledge and brilliance to integrate the grace of Parameshwara and become enlightened beings. On the sacred day of Maha Shivaratri, Shiva’s brilliance comes into existence as infinite brightness. And devotees fast the entire day and stay awake the entire night of Shivaratri worshipping Lord Shiva, their bad karma is abolished and they gain knowledge and salvation.