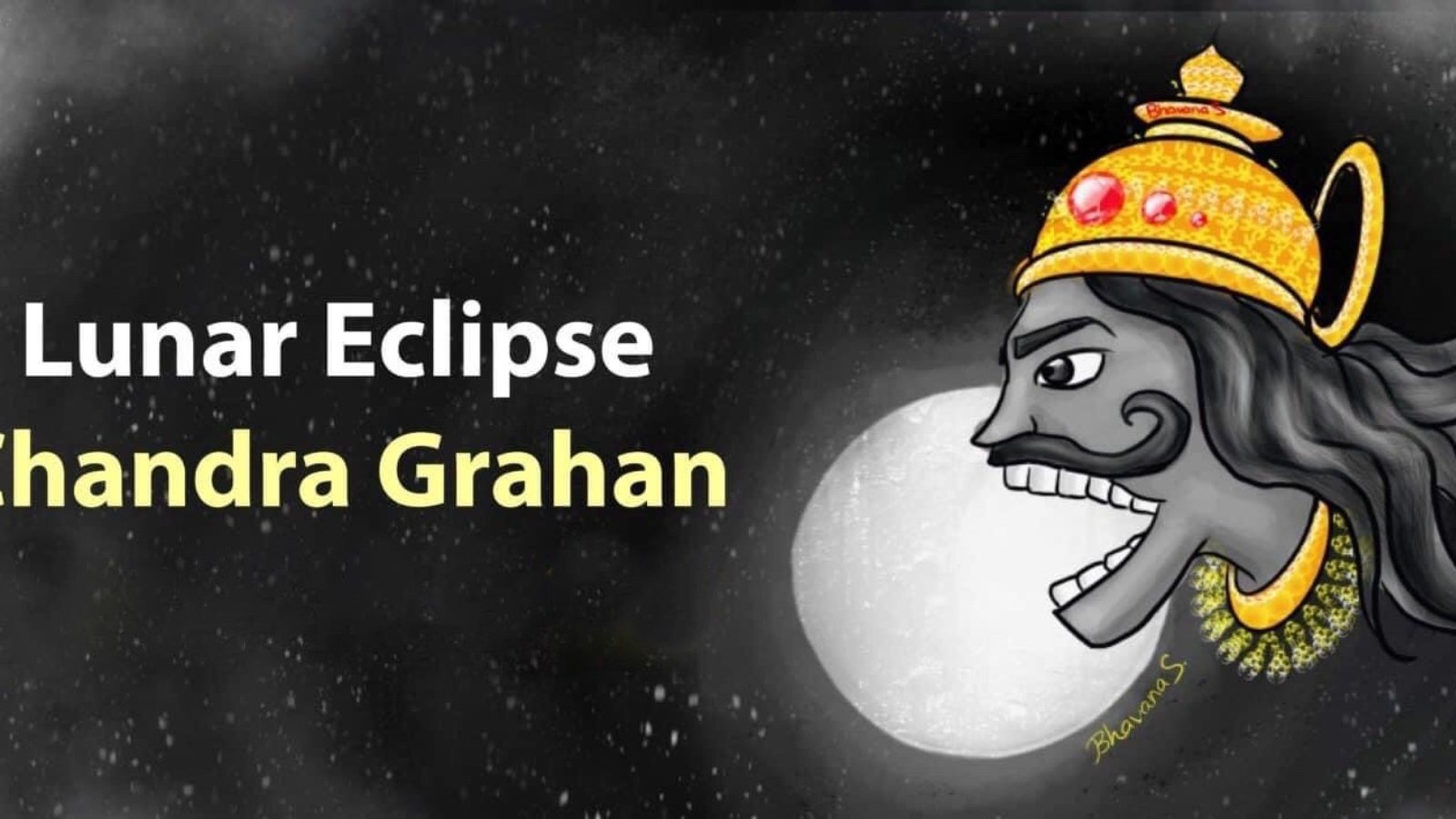 Important: some dos and donts for lunar eclipse (To my students I will send you more detailed personalised ritual details)

In the Shikshãpatri, Bhagwan Swaminarayan says:

At the time of a solar or lunar eclipse, instantly stop all activities and chant the name of God in a purified state. After the eclipse, householders should bathe with the clothes they are wearing and then make donations according to their means.

The Hindu scriptures, the Purãns (written by Ved Vyãs), narrate the story of how the eclipse came into existence:

After the churning of the ocean by the devas (gods) and daityas (demons), amrut – immortalizing the nectar – was produced. It so happened that the demons got the nectar first, but the devas created an apsarã (a beautiful celestial woman) called Mohini. She tricked the demons and took the nectar away from them. Once the devas received the amrut, they asked God to distribute the amrut to all the gods equally. While God was serving everyone amrut, a demon, named Rãhu, through yogic powers transformed himself into a deva and sat in line to receive amrut and thus become immortal. He sat between the Sun-god and the Moon-god. They both recognized the demon in the form of a deva. When God unknowlingly served amrut to Rãhu, both the sun and the moon revealed that it was a demon. So bhagwan Vishnu ji beheaded Rãhu instantly with his sudarshan chakra. But by the time God beheaded Rãhu he had drunk the amrut. The amrut had reached Rãhu’s throat, making his head immortal. Rãhu’s head thus became a planet. Since the Sun-god and the Moon-god told God about Rãhu, Rãhu was deeply disappointed and nursed a hatred for them. Therefore it is believed that during certain times of the year Rãhu holds the sun and the moon by his mouth (grahan), hence the existence of the solar and lunar eclipses.

The Shikshãpatri states that one should instantly stop all activities and chant the name of God at the time of an eclipse. The reason for doing so is to chant and pray to God for the release of the sun or the moon from the grasp of Rãhu.

Be it a solar or lunar eclipse, the rules to follow before, during and after the eclipse are as follows:

While the eclipse is taking place one should sit in one place, chant the name of God and sing devotional songs.
One should observe a waterless fast while the actual eclipse is in progress.
After the eclipse:

One should take a bath with one’s clothes on immediately after the eclipse.
It is best to take a bath in cold water after the eclipse is over.
The Satsangijivan, written by Shatãnand Muni, states that after one purifies oneself, one should offer donations according to one’s income. If donations are offered with love and devotion, one will receive appropriate returns as stated in the scriptures. It is in the joy of the Sun and/or Moon-god being released from the clutches of Rãhu that the devotees offer donations. Since sadhus have no money, they rejoice by performing puja.

Q.2 How to remain pure during the eclipse?

A. One should get rid of extra cooked food after the solar or lunar eclipse.
One should not touch anything such as clothes, food, personal items, etc. during the eclipse.
After the eclipse is over, one should not touch anyone and take a bath with one’s clothes on. If one has touched anything by mistake, it should be purified by washing or by sprinkling water over it.
It is never safe to look at a partial or annular eclipse, or the partial phases of a total solar eclipse, without the proper equipment and techniques.

Q.3 Why should we take a bath after an eclipse?
A. One should take a bath after an eclipse because it is believed that the earth is plunged into darkness during a lunar or solar eclipse. Darkness symbolizes impurity and therefore one has to sit in one place and chant the name of God. Once the eclipse is over, light returns back to the earth; and to rejoice, one has to cleanse the impurity that darkness brought, worship God and offer donations to express one’s happiness.
In the same way, we are all engulfed by an eclipse in the form of mãyã. So, just as one does for an eclipse, one should pray to God in order to overcome the force of mãyã.

IMPORTANT: As a thumb rule you should chant 108 maha mrityunjay mantra for anything related to moon.